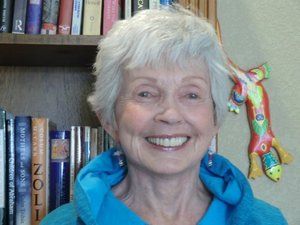 We are very sad to report that Sheila Phelan Wright joined her ancestors on November 18th, 2015. She was 74. Born April 27, 1941 in Hartford, Connecticut to Helen E. Phelan and John F. Phelan, and educated in West Hartford public schools, Dr. Wright earned her Ph.D. at the University of Connecticut and taught at the University of Hartford, where she was involved in creating the interdisciplinary All-University Curriculum. She directed that program from 1990-1993. She served as Vice Provost of Undergraduate Studies at University of Denver (DU) from 1993 until her retirement in 2008, as Vice-Provost emerita. At the time of her 1993 appointment at DU, Dr. Wright was the highest placed female in the university administration, a proud moment for her and for the university. Sheila made many enduring contributions to DU. Former DU Provost William Zaranka writes, "Sheila's personality was electric and she put it to work in startlingly original ways. She had an inspiring vision of the marriage of Student Life and the University's Academic Mission. She spoke her mind and acted on her convictions, which were always humane and inclusive. Sheila accomplished much, and what she accomplished was most distinguished." "Sheila Wright, a woman of uncommon intellect, cared deeply about those around her - family, friends, and students" says Jim Griesemer, currently a University of Denver trustee, dean emeritus of the Daniels College of Business and director of the University's Strategic Issues Program. "She brought to all things both passion and purpose; not driven with a grimace, but tempered by keen wit and a clear grasp on reality. Sheila helped move the University of Denver to higher ground and shaped the society in which she lived.

We will miss Sheila and her twinkling personality. Yet we feel blessed for having known her." Current Provost Gregg Kvistad observes, "While serving as an extraordinary professional colleague and close friend, Sheila had the ability to turn virtually any incident into something joyous, ironic, or hilarious. The world needs more of that." Because Sheila retired before Chancellor Rebecca Chopp arrived at DU, the Chancellor knows Sheila primarily by her reputation and she says, "I have never heard of anyone so loved and so feared as Sheila." Many have observed that Sheila's candor and honesty shocked the DU culture. Beyond her professional career of serving young people, Sheila had an exuberant love of life, saying of herself: "I never met an adventure I didn't like or an idea I didn't want to examine. " Travel was one way she sought adventure and explored ideas, biking the Tetons, joining women friends traveling to 20 NCAA Women's Final Four Basketball tournaments, walking through Slovenia, working with artists in Dharamsala, India, and making three spiritual pilgrimages walking the Camino de Santiago in Spain. She was an active writer and blogger, a supporter and member of Lighthouse Writers in Denver. When Sheila contracted ovarian cancer, she worked hard to fight the effects on her own health and life, but more importantly, as she learned more about the illness, she dedicated herself to making sure those that followed would have a better chance of survival. She participated in Nikki's Circle, and reviewed ovarian cancer research proposals for the Department of Defense. She was on the board of HERA Women's Cancer Foundation, and was awarded the 2015 HERA Power of One Award in October. Her love for people manifested most strongly in her love of family. After the death of her father, mother, and brother Shaun Phelan whom she loved dearly, she, by sheer force of will, brought her family together to heal. With her beloved husband Roscoe, she rebuilt the family into a solid, loving, and whole extended family. She especially wanted to make sure, as she once wrote, "something better was coming if not now for the next generation" for her two grandchildren, Emma and Colin. The gatherings of family and friends at Watch Hill, RI every summer, and in West Hartford and Florida at Christmas, were the living symbols of a family in loving community. "This," said brother Garrett, "is perhaps her greatest and most enduring legacy." Sheila is survived by her husband, Roscoe Hill, son Robert Wright and wife Elena Castanet, son Christian Wright, Tara Cantor, and grandchildren Emma and Colin Wright; Sheila's brothers, Garrett Phelan and his wife Jane Schloss Phelan; Terrance Phelan and his wife Alyssa Ben-Kiki Phelan, and their two children Sierra Phelan, and Jeremiah Bassett-Phelan and his wife, Rachel Silverfarb Bassett and their son, Jack Basset; Roscoe's children Jennifer Hill and Stephen Hill and his wife Ana and their six children Laura Fox and her husband Christopher Fox, Christopher and his wife Jennifer, Alexander, Corina and her husband Randy, Sarah and Benjamin, and two grand-children Sophia and Rory. A memorial event was held on December 2 in the Hamilton Recital Hall in the Newman Center for Performing Arts on the University of Denver campus.